Welcome to the second article in our series of articles about container technologies in Fedora! This article will deal with Docker, a tool used to automate containerization of software using features of the Linux kernel.

Docker is a high level set of tools that allows multiple isolated applications to run on a same host platform. Unlike other containerization software we talk about in this series, Docker is meant to run a system with a single process. In addition to providing these tools, Docker provides a “hub” for containers created by others.

Creating a container with Docker is extremely easy. We will be using the Docker command line tool to set up a Fedora 24 container named “fedora-container”. You’ll need to install Docker, if you don’t already have it, with the usual sudo dnf install docker.

Before it is possible to run a container, you will need to start the Docker daemon. To do this, run systemctl start docker.service. You can then run a container for Fedora using the command sudo docker run –name=fedora-container -it fedora bash, which will download an image for a basic Fedora container from Docker Hub. 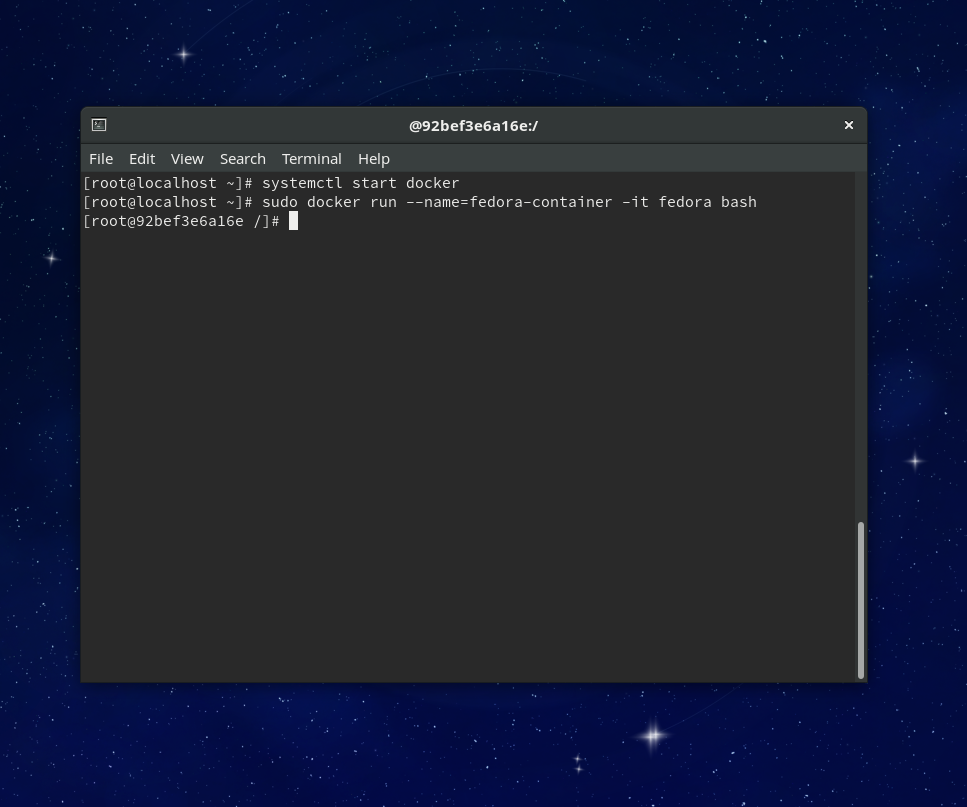 Docker is designed to run one process per container, but you can run more if you want to. sudo docker exec -it fedora-container bash would run bash in your container alongside the process you had originally started. You can replace bash with any command you’d like to run in the container.

You can use images for other systems than Fedora by pulling images from the Docker Image Library. However, if you want to create and run applications or services using Docker, you will want to create your own images. Docker is able to create images automatically if you tell it how to in a Dockerfile. A Dockerfile contains the instructions and commands that will assemble the image you want to run in a container. The Dockerfile reference explains the format.

I'm a software developer using Fedora on his main workstation and interested in free software and a wide range of topics.

I'm a system administrator and software developer, currently the project lead for the OpenBlox project, a free and open source game engine.