GNOME, the Fedora Workstation default environment, has a well known Alt+Tab feature to switch apps. This control groups windows for a single app together. For example, multiple terminal windows appear as a single terminal app. The Alt+` (backtick or backquote) shortcut switches between those windows in a single app. But a helpful GNOME extension, Alternate Tab, changes this behavior.

GNOME supports a Classic mode of operation. This mode allows GNOME version 3 to behave similarly to the previous version 2. The Classic mode groups a number of extensions together to achieve this goal. These extensions include the Alternate Tab extension.

The extension switches behavior of the Alt+Tab display. With this extension, each window appears separately. Some users find navigation easier with this behavior in place.

Fedora Workstation includes the Classic mode by default. That includes the Alternate Tab extension. If you have a different edition installed, you can still install this extension. There are many ways to enable the extension afterward. One way is to use the GNOME Tweak Tool. Use the Software app, or use sudo along with the dnf command, to install these packages if you don’t have them already:

Open the Tweak Tool from the GNOME Shell overview and go to the Extensions tab. Find AlternateTab and enable it using the On/Off switch: 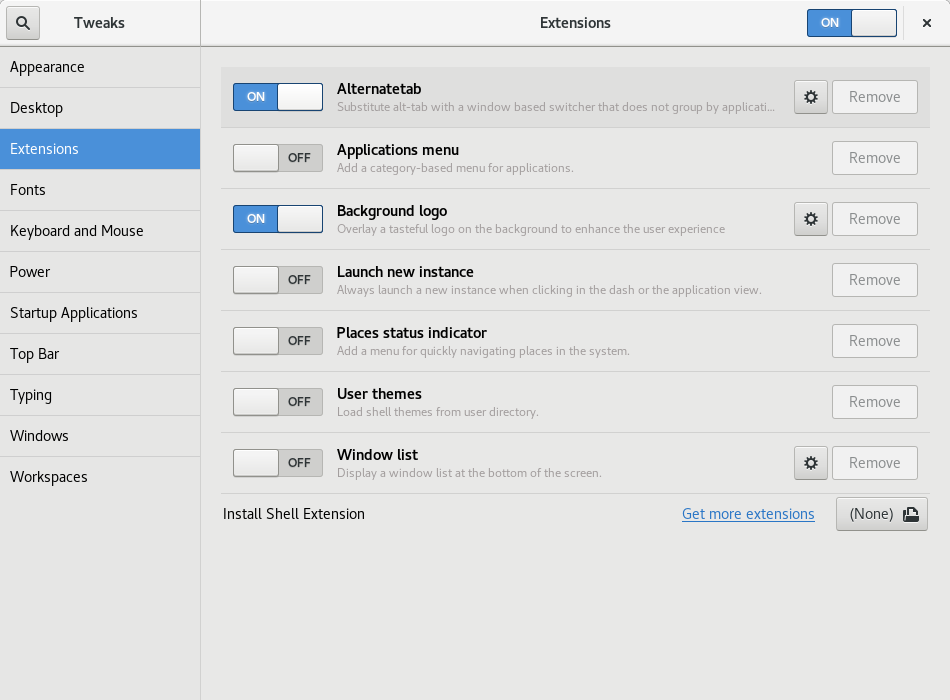 Once you follow this process, you can use the new Alt+Tab behavior. Notice how in this example, each terminal has its own entry in the selector control.