Last week, The GNOME project announced the release of GNOME 3.28. This major release of the GNOME desktop is the default desktop environment in the upcoming release of Fedora 28 Workstation. 3.28 includes a wide range of enhancements, including updates to Files (nautilus), Contacts, Calendar, Clocks and the on-screen keyboard. Additionally, the new application Usage is added to “make it easy to diagnose and resolve performance and capacity issues” 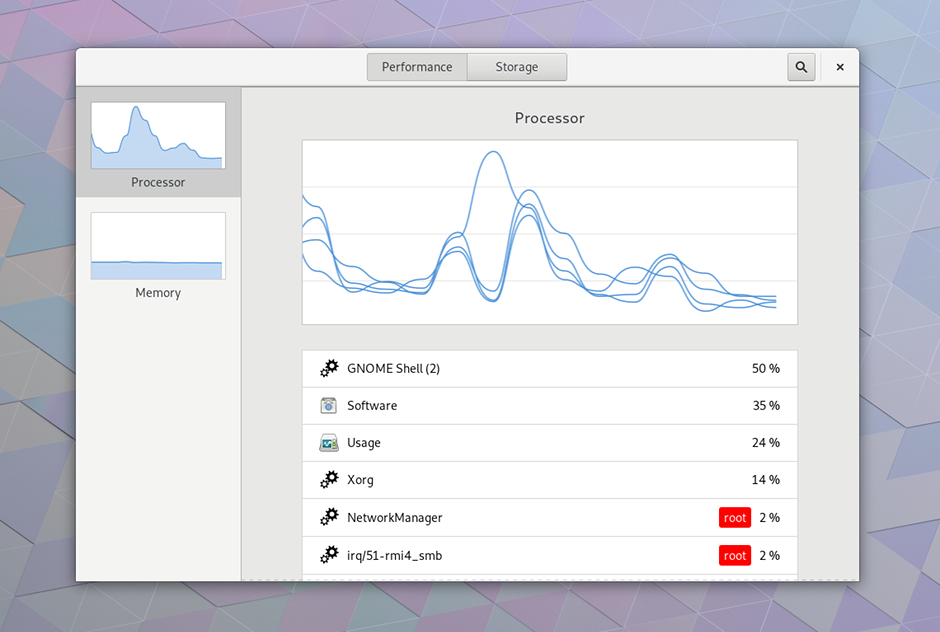 The new Usage application in GNOME 3.28

GNOME 3.28 provides updated versions of many of the GNOME default applications. The ability to “star” items is added to both the Files and the Contacts applications. This allows the user to star an item — be it a file, folder, or a contact — for quick access later. Calendar now provides a neater month view, and weather updates displayed alongside your appointments. 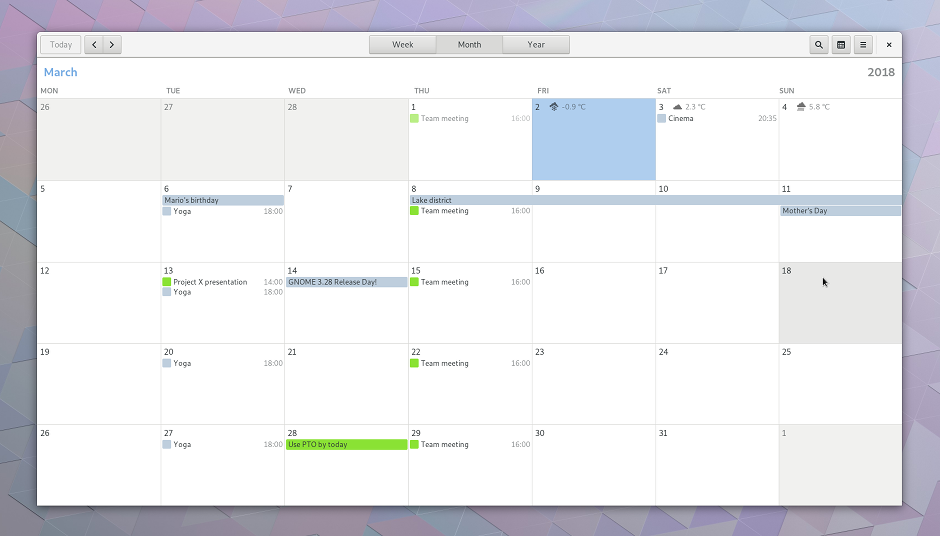 Updated Calendar application in GNOME 3.28 with weather forecasts built in

Cantarell is the default interface font in both GNOME and Fedora Workstation. In this updated version of GNOME, Cantarell is refreshed, with updated glyph shapes and spacing. Additionally, there are two new weights: light and extra bold.

Specimen of the new Cantarell in GNOME 3.28

Read more about this release

There are many more changes and enhancements in this major version of GNOME. Check out the release announcement and the release notes from the GNOME Project for more information. Also, check out this awesome rundown of the best new GNOME 3.28 features from OMGUbuntu.

Screenshots in this post are from the GNOME 3.28 Release Notes