17 alternatives to your default image viewer on Fedora

This article has been checked and updated in January 2020 for correctness.

Typically, an image viewer does one thing — shows you the images in a directory (sometimes in a thumbnail view), and lets you quickly flip through them. Some image viewers also allow you do simple edits of an image, and will also show you some added details of your pictures (like metadata, and color histograms).

The Eye of GNOME is the official image viewer for the GNOME desktop. It integrates with the GTK+ look and feel of GNOME, and supports many image formats for viewing single images or images in a collection.

The Eye of GNOME also allows to view the images in a fullscreen slideshow mode or set an image as the desktop wallpaper. It reads the camera tags to automatically rotate your images in the correct portrait or landscape orientation. 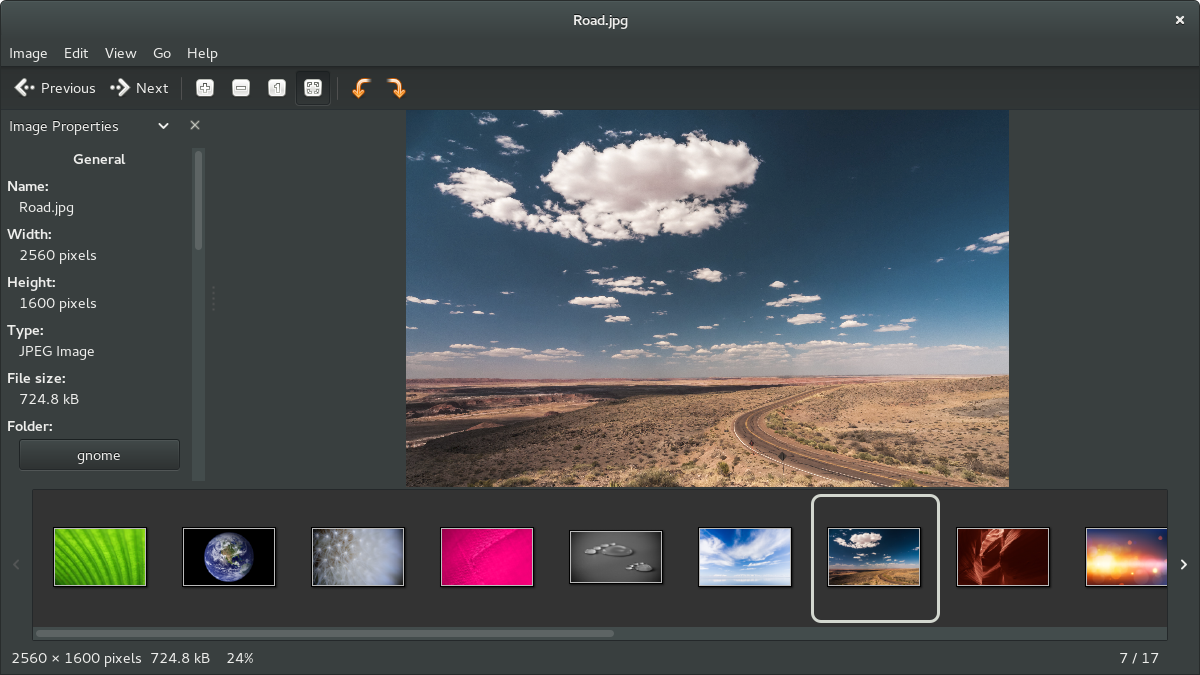 Eye of MATE is a simple viewer for browsing images on your computer. Once an image is loaded, you can zoom and rotate the image, and also view subsequent images in the directory the image was loaded from. Feh is a superminimal image viewer that basically just shows the images that are in the directory that it is launched from. It has a few options that are shown when you right-click on the main window. Geeqie is an application for browsing images — you open up an image or directory to browse and view all the images in that directory. It also displays all the relevant data and metadata for your images in various, configurable sidebar widgets. It can display many forms of data, including exif metadata, color histograms, GPS locations of the photo. gliv is an image viewer that just views images (no editing capabilities here). It also has extensive shortcuts for control with the keyboard that are all documented in the menus. gpicview is another image viewer that just shows the image, and lets you proceed back and forward to the next image in the directory. It also has controls at the bottom of the window for zooming, and opening another directory. gThumb is an image viewer, editor, browser and organizer. As an image viewer gThumb allows to view common image file formats such as BMP, JPEG, GIF (including the animations), PNG, TIFF, TGA and RAW images. It is also possible to view various metadata types embedded inside an image such as EXIF, IPTC and XMP.

As an image editor gThumb allows to scale, rotate and crop the images; change the saturation, lightness, contrast as well as other color trasformations. As an image organizer gThumb allows to add comments and other metadata to images; organize images in catalogs and catalogs in libraries; search for images and save the result as a catalog. gwenview is a basic image viewer tha allows you to view images, and also perform basic photo manipulations like rotation and cropping. nomacs is a fast image viewer with additional image editing functionality. When viewing images, it features fast thumbnail previews, a zoomable grid display of thumbnails, a chromeless view, and display of metadata and image details with a histogram. It also has the ability to edit images, including cropping, resizing, rotating and color correction. 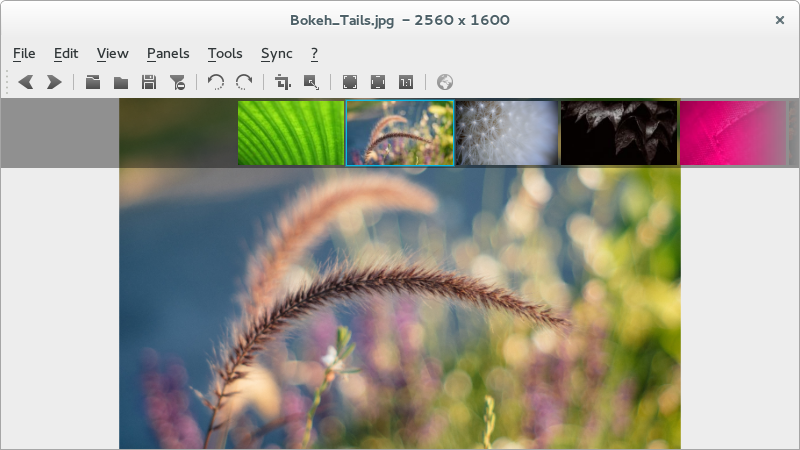 when it comes to minimal interfaces for viewing images, qiv is the king. It doenst have a desktop file, so you can only launch it from the terminal, and it will only work if you give it a image to view (or directory) as a parameter from the command line. With such a minimal interface, you control most of the features of this one with the keyboard. Ristretto is a simple application for viewing, zooming and rotating images. Ristretto has a simple two-paned layout with a list of thumbnails on the left, and the main image on the right. It also has the ability to set an image as your desktop background. Shotwell is an easy-to-use, fast photo organizer designed for the GNOME desktop. It allows you to import photos from your camera or disk, organize them by date and subject matter, even ratings. It also offers basic photo editing, like crop, red-eye correction, color adjustments, and straighten. Shotwell’s non-destructive photo editor does not alter your master photos, making it easy to experiment and correct errors.

When ready, Shotwell can upload your photos to various web sites, such as Facebook, Flickr, Picasa (Google Plus), and more. 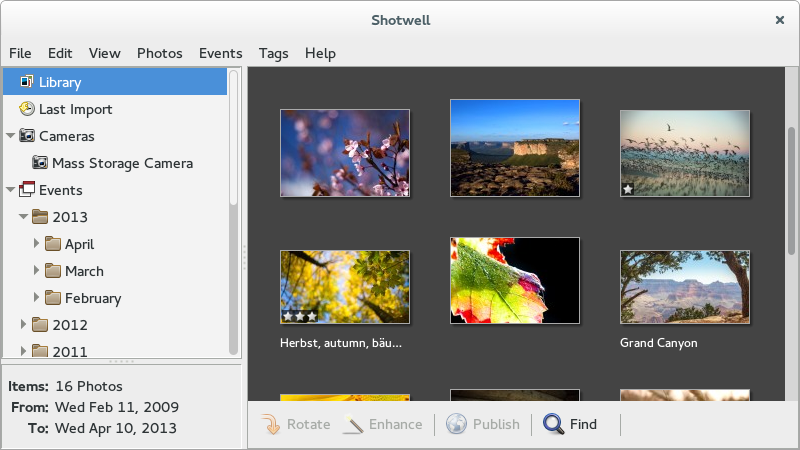 sushi is not a stand-alone image viewer, but is an add-on for the default GNOME file browser. to use sushi, just browse to a directory in Files (aka nautilus), select a file, then press space to bring up a quick, larger preview of the image. Viewnior is a simple and elegant image viewer with a minimal interface that provides as much screen real estate as possible to view your images. It has a wide range of features, including: fullscreen and slideshow modes, the ability to rotate, flip and crop images, support for animations (GIF), support for reading image metadata, and the ability to configure mouse actions. xfi is an older image viewer that allows you to open a directory, and simply browse the images.

January 2020 update: This application is no longer present in the Fedora repositories. xzgv is a simple image editor, with a focus on controlling all actions using keyboard input. It has a simple, two pane layout, with all the thumbnails of the current directory listed in the left pane, and the image viewed in the main pane. The menu in xzgv can be viewed in a context menu that is shown by right-clicking on the main image pane. This context menu also lists all the keyboard shortcuts if you are new to xzgv and need to know them.